Our Dominican law firm is privileged to have the services of one of the finest legal minds in Dominica, a knowledgable, experienced lawyer with extensive banking experience - S. K. M. Isidore. 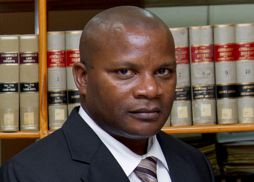 As a former Banker, Dominica's lawyer S.K.M Isidore, holds professional qualifications in the field of Business Administration from the University of the West Indies and Brunel University. Further, as a Caribbean Attorney-at-Law, he obtained the Bachelor of Laws Degree with Honours from the University of the West Indies. His legal studies continued at the Hugh Wooding Law School in St Augustine, Trinidad where he obtained the Legal Education Certificate.

Mr. S.K.M Isidore brings a wealth of experience to the offshore banking sector. In addition to being a qualified practicing Attorney at Law for more than a decade, Mr. Isidore has diverse experience in the cooperate field. Previously, he worked as a Commercial Officer at both the Roseau Cooperative Credit Union Ltd and the Bank of Nova Scotia.

Other than on the Island of Dominica Mr. Isidore has also practiced as an Attorney at Law in the Republic of Trinidad and Tobago. Also as a solicitor and Barrister of the Eastern Caribbean Supreme Court, Mr. Isidore has no difficulty in practicing in Jurisdictions like Antigua, St. Kitts and Nevis, Grenada, St. Lucia, St. Vincent, Barbados, The British Virgin Islands and Guyana.

At present, Mr. Isidore serves as a director on influential and corporate bodies in the Commonwealth of Dominica, including the Dominica Social Security, Starrin Holdings Group of Companies, and as a commissioner on the National Telecommunications Regulatory Commission of Dominica. He is presently the principal and managing partner in the law firm of Isidore and Associates LLP, he having practiced as an active civil advocate at his previous Chambers, Emanuel and Isidore. Mr Isidore is also a former director of the National Bank of Dominica.

Rene Akobi Butcher is a graduate of the Barbados Community College, where he studied Economics and Accounting. At the College he was the recipient of the Most Outstanding Economics student during his two years of study.

Thereafter, Mr. Butcher matriculated into the Cave Hill Campus of the University of the West Indies (UWI), to pursue and completed a Bachelor of Science Degree in Economics. During his tenure as an Economics student, Mr. Butcher was employed by the Ministry of Education in the Teaching Department. Upon completion of his second baccalaureate course of study, Mr. Butcher embarked on study of Law at the University of the West Indies and was awarded his Bachelor of Laws degree. Thereafter, Mr. Butcher attended the Sir Hugh Wooding Law School in Trinidad and Tobago. Whilst at this institution, he was an active participant in student politics and served as the Vice-president of the Student Representative Council of the law school. Mr. Butcher was a member of the team that represented the Sir Hugh Wooding Law School at the North-Atlantic regional round of the “Fifteenth Annual Stetson International Environmental Law Moot Court Competition” held at the Stetson University School of Law in Tampa, Florida and won. He has also co-authored an article in the International Comparative Legal Guide to: Business Crime 2011 with Sir Richard Cheltenham Q.C. Mr. Rene Butcher was awarded the Legal Education Certificate from the Hugh Wooding Law School. He aspires to be involved in both commercial and civil litigation. He however, understands that his purpose as a member of this honourable profession is to comprehensively represent the interest of his clients, and hopes thereby to make a meaningful contribution to the practice of law wherever he is called upon to serve.

Ms. Ernette C.J. Kangal, was born in Vieux-Fort in the Caribbean Island of St. Lucia. Upon completion of her High School studies, Ms Kangal successfully pursued studies in Accounting and Business Administration at the North London Tutorial College in Hendon, England. 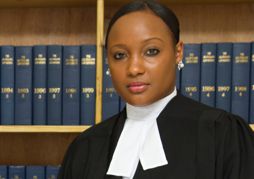 Thereafter, her passion for law propelled her to read for the Bachelor of Laws Degree at the Cavehill Campus of the University of the West Indies where she graduated with Honours.

Being as determined as she has always been, she then went on straight afterwards to complete her legal studies at the Hugh Wooding Law School in St. Augustine, Trinidad. Upon successful completion of her studies at the Law School, she was awarded the Legal Education Certificate (LEC) and was enrolled on the Principal’s Role of Honour for her right across the board distinction in all her courses.

Throughout her journey to become an Attorney at Law, Ms Kangal had the privilege of being an intern at the law offices of Stanley Felix; Collin Foster Chambers in St. Lucia where she gained invaluable knowledge and experience which bolstered her legal skills and caused her to develop a more profound appreciation for the law.

Being a St. Lucian by birth Ms Kangal was also admitted to practice as an Attorney at law in St. Lucia. Ms Kangal is currently an Associate at the Law Firm of Isidore and Associates LLP, a law firm known for its excellent services in Civil/Corporate Contentious and Non-Contentious Related Matters, and legal opinion and advice on Complex Commercial/Bank Transactions. The firm also has a dynamic International Business Portfolio including IBCs/Offshore Companies formation, Shelf Companies, opening of IBCs Accounts/Offshore Bank Licenses, Second Citizenship/Second Passports, Assets Protection and Trust Formation.

Ms. Kangal is a hardworking Barrister/Attorney at Law who spears no effort in dealing with clients’ business both professionally and efficiently. She is reliable and quite competent in her areas of practice. And we must add that she is a very valuable member of our team and you will quickly prove so with your interaction with her.

Civil & Commercial Law Practitioners LLP has a talented team of legal and professional minds ready to assist clients and have extensive experience working with clients on a variety of legal issues.